Brazil overtook Russia on Friday in terms of the number of coronavirus cases, having registered 330,890 people who have contracted the virus, second only to the United States.

Communist-run Cuba said this week that use of two drugs produced by its biotech industry that reduce hyper-inflammation in seriously ill COVID-19 patients has sharply curbed its coronavirus-related death toll.

Mexico’s government said on Friday it had the coronavirus outbreak under control even as the country becomes one of the global hotspots for the pandemic.

Peru on Friday extended its state of emergency and a nationwide lockdown to fight the coronavirus pandemic until the end of June, marking one of the longest periods of mandatory isolation in the world.

South America has become a new epicentre of the COVID-19 pandemic with Brazil hardest-hit, while cases are rising in some African countries that so far have a relatively low death toll, the World Health Organization (WHO) said on Friday. 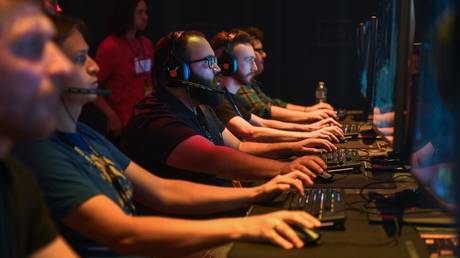 Cash might be tight for many industries amid the Covid-19 pandemic, but not when it comes to the ever-evolving esports industry. Take Statespace, a platform that trains gamers which has raised $15 million in Series A funding.
Read Full Article at RT.com

Bolsonaro told his ministers he was unwilling to see his family or friends get “screwed” due to his inability to change his own law enforcement officials, according to a video released by a Supreme Court justice on Friday.

Indigenous organizations in Brazil protested on Friday against the inclusion in a bill on emergency assistance to tribes in the coronavirus pandemic of a paragraph authorizing Christian missionaries to remain in indigenous communities. 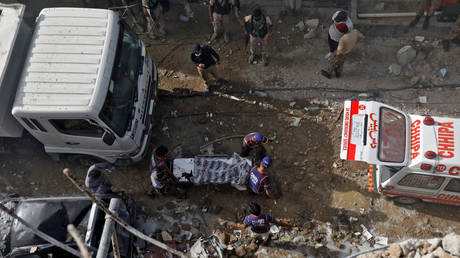 The moment of the Pakistan International Airlines A320 plane crashing in a crowded Karachi neighborhood on Friday seems to have been caught by CCTV footage posted to social media.
Read Full Article at RT.com

by Yeganeh Torbati and Derek Willis

A former White House aide won a $3 million federal contract to supply respirator masks to Navajo Nation hospitals in New Mexico and Arizona 11 days after he created a company to sell personal protective equipment in response to the coronavirus pandemic.

Note: If you develop emergency warning signs for COVID-19, such as difficulty breathing or bluish lips, get medical attention immediately. The CDC has more information on what to do if you are sick.

What’s more, the masks Fuentes agreed to provide — Chinese-made KN95s — have come under intense scrutiny from U.S. regulators amid concerns that they offered inadequate protection.

Hospitals in the Navajo Nation, which spans Utah, New Mexico and Arizona, have been desperate for protective supplies as the numbers of coronavirus infections and deaths have grown quickly. As of Friday, the Navajo Nation reported 4,434 COVID-19 cases and 147 deaths, a crisis that has prompted outcries from members of Congress and demands for increased funding.

Fuentes initiated email contact with officials at IHS, a division of the Department of Health and Human Services, the agency said. After the contact, the agency informally solicited prices from a handful of face mask providers and chose Fuentes of the six companies that responded because his firm offered the best price and terms, IHS said. Fuentes also benefited from government procurement rules favoring veteran- and minority-owned businesses, the procurement data shows.

Fuentes said political connections to the Trump White House played no role in his company’s selection. “Nobody referred me from the White House. It was nothing like that,” he said. “Emphatically no.”

The White House did not respond to a question about Fuentes’ contract.

IHS told ProPublica that Fuentes’ company reported that the masks were made in China, but the agency did not specify the manufacturer. Federal contracting records show without explanation that Fuentes refunded $250,000 to the IHS this month, and he said in an interview last week that he gave back money when he procured masks at a slightly reduced cost.

“We went back to IHS and said, ‘We were able to get this cheaper,’” Fuentes said. “We will never gouge our customers.”

Fuentes referred questions about the mask manufacturer and FDA certifications to his consultant, Sia N. Ashok, a business school classmate. In a phone interview, Ashok declined to name the manufacturer because it could violate the company’s contract, she said.

Ashok said the company lived up to the terms of its contract with IHS and has all the FDA certifications it needs in place.

“If the customer or IHS or anyone has any issues with anything, we would be more than happy to replace,” she said.

Fuentes’ contract price of $3.24 per mask is more expensive than the pre-pandemic rate of about $1 per mask, but far less than what some government entities have paid at the height of the crisis. Mask costs can vary widely depending on availability, demand, quality and exact specifications.

Fuentes is a retired Coast Guard officer and protege of former White House chief of staff John Kelly. He formerly served as Kelly’s military aide while he was secretary of the Department of Homeland Security, and Fuentes followed Kelly to the White House. In December 2018, as Kelly prepared to leave, The New York Times reported that Fuentes had told associates he planned to “hide out” in a vague role at the White House until he qualified for a Coast Guard early retirement program. Fuentes retired in January from the Coast Guard after 15 years of service. He said his retirement was for medical reasons.

He jumped into the federal contracting world in April at a time of great opportunity — and high risk. The coronavirus pandemic loosened many federal procurement rules as agencies scrambled to respond to a national emergency. But as supplies of personal protective equipment ran out and many countries restricted exports, delivering on contracts became more difficult, and agencies have wrestled with incomplete orders, cancellations and possible counterfeit goods.

N95 masks were so scarce that the FDA in April allowed the use of some Chinese masks that had not been certified by U.S. regulators. But in recent weeks, the FDA narrowed its guidance after tests indicated that some of the products were not as effective as they should be, and it tightened restrictions on the use of Chinese masks by hospital and medical personnel.

In April, the FDA authorized the use of masks made by close to 90 manufacturers in China.

But the masks made by some of those manufacturers did not pass CDC tests because they did not filter out enough fine particles. In some cases, the masks failed utterly.

This month, the FDA rescinded its authorization for the vast majority of the Chinese manufacturers, published a much smaller list of respirators made by 14 approved manufacturers and tightened the standards for evaluating Chinese masks.

New York and New England have the most COVID-19 cases but received the second-lowest funding of any region. Maine can’t get any shipments because none of the selected contractors serve the state.

Eleven federal agencies, including IHS, have reported buying either KN95 masks, or N95 masks made outside the United States, according to contract data. Of those, Fuentes’ contract with IHS is the second-largest that mentions KN95 masks specifically. The largest contract was struck by FEMA, for $3.9 million, on May 4.

Overall, IHS has spent $85.4 million to respond to COVID-19 as of May 22, signing 318 contracts with 211 vendors, according to federal procurement records. The masks provided by Fuentes went to five IHS medical facilities and to a government warehouse.

Fuentes’ new company has also received a much smaller contract from the Bureau of Prisons to provide 10,000 N95 masks for $1.31 each, according to a BOP statement to ProPublica and procurement documents.

One IHS hospital slated to receive masks from Fuentes is the Gallup Indian Medical Center in New Mexico. A doctor there, who declined to be named because he was not authorized to speak publicly, said the facility initially had a shortage of protective equipment. Conditions have improved thanks to federal purchases and donations, he said, though staffers still have to reuse masks up to five times each, he said.

“IHS facilities have sufficient quantities of N95 respirators at this time,” an agency spokesman said.

Do you have access to information about federal contracts that should be public? Email yeganeh.torbati@propublica.org. Here’s how to send tips and documents to ProPublica securely.

<!– Insert everything below in the
. –>This form requires JavaScript to complete.
Powered by Screendoor.

Britain will introduce a 14-day quarantine for almost all international travellers from June 8, interior minister Priti Patel said on Friday, with anyone breaking the rules facing a 1,000 pound ($1,218) fine.

Lana Del Rey has addressed accusations of racism, telling followers not to “make it about a WOC (women of colour) issue when I’m talking about my favourite singers”.

Malta on Friday rescued a group of 140 migrants from a sinking dinghy but refused to bring them to land, holding them instead on a chartered tourist harbour cruise boat just outside territorial waters. 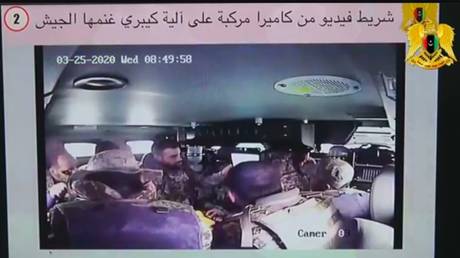 Turkey has been violating the UN embargo by sending arms and militants from Syria to Libya, a spokesman for Khalifa Haftar’s Libyan National Army (LNA) claimed as he showed videos that allegedly proved Ankara’s violations.
Read Full Article at RT.com

Britain, Canada and Australia issued a joint statement on Friday expressing their concern at China’s proposals for legislation on national security in Hong Kong. 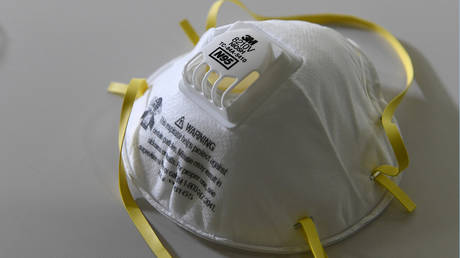 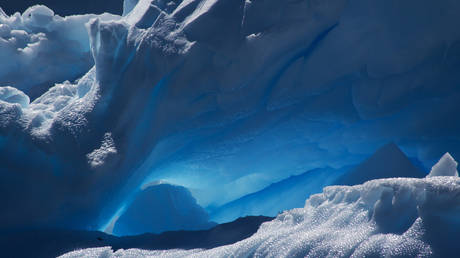 Mixed reports surrounding the possible discovery of a parallel universe in Antarctica have found their way into global news outlets in recent weeks. The initial stories were incorrect, so how did so many outlets get it wrong?
Read Full Article at RT.com

Tres Unidos, an indigenous village in Brazil’s Amazon rainforest, locked out all visitors, hoping that isolation would keep it safe. And yet the new coronavirus still came.

A Berlin church is hosting Muslims who are unable to fit into their mosque for Friday prayers because of social distancing guidelines.

Massive disruptions to global immunisation programmes from the COVID-19 pandemic have health experts fearful that much of the developing world will not be able to get a vaccine for the new coronavirus, even once one is ready.